B.U.D.'S. Foundation has formed a team of highly educated and accomplished members of the community, each with their own path of appreciation for motorcycle safety and awareness issues. Each member gives tirelessly of their time and compassion to every person that we meet, mentor, and assist. 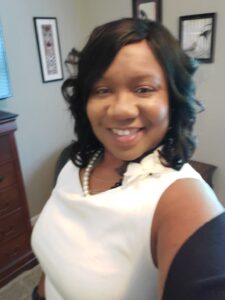 Mrs. Burnett works in her role as CEO and Chairperson, devoting in excess of 80 hours a month with a charming and infectiously cheerful attitude toward life and servitude. Her previous career of eight years in the insurance industry as an auto and property coverage adjuster provided a foundation of knowledge as related to motorcycle and vehicle safety issues. Mrs. Burnett attended Strayer University earning her Master of Science degree in Educational Management and Bachelor of Science degree in Psychology, perfectly positioning her for a lead role in managing B.U.D.'S. Foundation.

Being an active member of her North Carolina community has further increased the organization's visible prominence. Mrs. Burnett's exceptional skills include visionary company management, with strong leadership skills applied toward project management, team building, organizational growth vision, and decisive leadership. She has experienced the power of personal and productivity coaching and is passionately engaged in providing this specialized type of mentorship to her community. 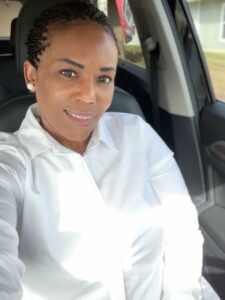 Colonel Ulekeya Hill is a Georgia native, currently serving as an officer in the US Army as a highly decorated soldier with over twenty years of service. She also performs the roles of Vice Chairperson on B.U.D.'S. Foundation Board of Directors. With no limit to her energy, Ms. Hill also serves as Assistant Financial Secretary for the Alpha Kappa Alpha sorority and is an active volunteer for her children's softball and baseball leagues. She currently works in cybersecurity, developing and building key partnerships in Information Technology (IT). With Ms. Hill's military career and volunteer roles, she has held positions of leadership due to her honed skills in strategic thinking, ability to build critical partnerships that extend across the military and commercial industries, and her intuitive and generous spirit. 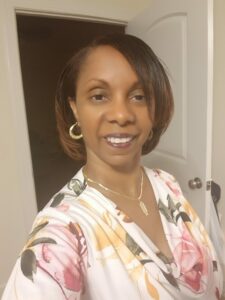 Ms. Ivey migrated to the US after being raised in Trinidad and Tobago. She served in the US Air Force, completing nearly 22 years of active service prior to her retirement in 2018. An avid motorcycle rider, she co-founded Queens of Sheba Motorcycle Club LLC in 2009 and was introduced to B.U.D.'S. Foundation in 2015 at the 'Fallen Riders Weekend' events. As a rider, safety has always been of utmost importance to Ms. Ivey as she was a regular participant in B.U.D.'S. Foundation events, and a recipient of the foundation's love and support following a motorcycle injury in 2017. She has given to the riding community through sharing her story at the 'Fallen Riders Weekend' about her life after the fall and continues giving through her role on the B.U.D.'S. Foundation Board of Directors. 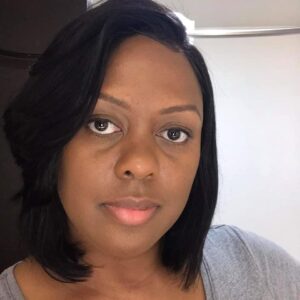 Ms. Vinson is a dedicated part of the B.U.D.'S. Foundation team who passionately seeks to make her corner of the world a better place. She is highly skilled, currently working to earn her Master of Business Administration degree (MBA) and holds an undergraduate degree in Business Management. Ms. Vinson is a 6-year veteran of the US Army National Guard and serves as a Sigma Chapter Treasurer of the Kappa Epsilon Psi Military Sorority, Inc. After witnessing the devastating physical and emotional toll of caring for a close friend following a motorcycle accident, she became driven to make a difference in the lives of other riders. Her educational, vocational, and personal path brought Ms. Vinson to B.U.D.'S. Foundation, serving as Board Treasurer and mentor to others. 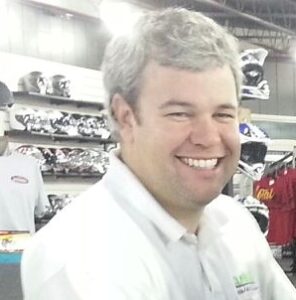 Mr. Ethridge began his career in industries serving the motorcycle industry before becoming president in 2005 of Cyclemax, Inc, a family-owned business since 1974. The company serves North Carolina with sales of Honda, Yamaha, Kawasaki, Suzuki Motorcycles, ATV's, Side by Sides, and Hustler mowers. As with most people of high accomplishment and energy, Mr. Etheridge also serves in additional roles, including president since 2000 with Compass Investments LLS, and President of Twenty-Five LLC. He is the eastern regional director of the North Carolina Motorcycle Dealer Association, and a licensed North Carolina Automotive and Motorcycle Safety Inspector. Additional associations include being a Ducks Unlimited Life sponsor and serving on the First United Methodist Church of Wilson, NC finance committee, and also with the Highway 301 Committee. In his spirit of servitude, Mr. Etheridge is active in volunteering in all communities in which he has lived, including his role as a board member with B.U.D.'S. Foundation, bringing to his role the experience and knowledge to mentor other riders. 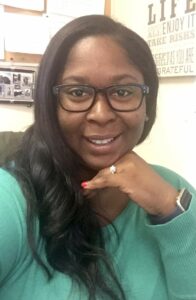 Ms. Hussey is a North Carolina native with extensive educational, and professional experience in administrative support within the industries of financial banking and healthcare management. She has a giving nature and takes pride in serving with B.U.D.'S. Foundation since 2012, as an executive assistant from 2013-2014, and foundation vice president from 2014-2020. Her personal passion is "helping others to succeed." 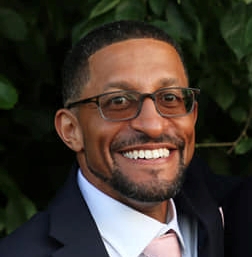 Mr. Mitchell served in the United States Air Force as a Technical Sergeant retiring after over 20 years of active service with positions of Jet Engine Mechanic, Military Training Instructor, Programs Manager, and Air Force Safety. He earned a Bachelor of Science degree in Occupational Safety and an Associate degree in Education and Training Management, and another Associate degree in Aviation Maintenance Technology. Mr. Mitchell brings both veteran and motorcycle safety experience to our organization, having served as a Motorcycle Safety Foundation instructor and trainer with certification in various course specialties. Mr. Mitchell is an accomplished rider, educator, trainer, and family who gives freely of his time and expertise. 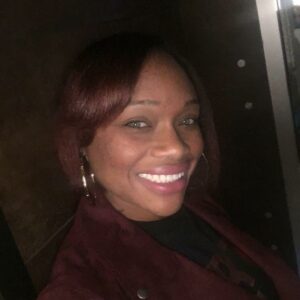 Mrs. Mitchell is spouse to Derek Mitchell, both serving as board members for B.U.D.'S. Foundation with an attitude of giving and servitude toward the community in which they live, work, and raise their family. Mrs. Mitchell also brings her knowledge and educational experience to our board, having received a Bachelor of Science degree in Chemistry from University of Texas San Antonio. 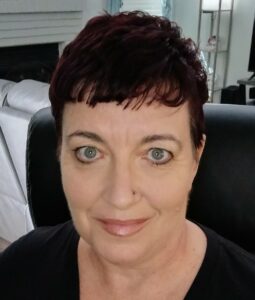 Dawn Phillips is an enthusiastic, energetic, compassionate, and health-conscious woman who loves to help others. She resides in Lakewood Colorado with her husband and their dog Savannah. Together they have four adult children (three boys and one girl) and nine beautiful grandchildren (five girls and four boys). Her full-time job is as an Administrative Officer with the Department of Justice, Environmental Natural Resources Division located in Denver Colorado. She is also the Owner of Dawn’s Conscious Living & Lifestyle Coaching where she helps individuals change their mindsets and behaviors for them to live a happier and healthier life. It is important for her to follow her God given purpose and is often referred to as an empath.

She realized she had a love for riding motorcycles at a very early age. Currently, she enjoys riding her 2018 Road Glide Special and often refers to riding as therapeutic. Among the list of her many riding accomplishments, there are four cross country rides, completion of 48 states plus Canada and Mexico, two of the four corners of the U.S., multiple ground pounder awards, and numerous iron butt challenge completions. She serves as a mentor for new riders and has had the privilege of taking a few ladies under her wings. 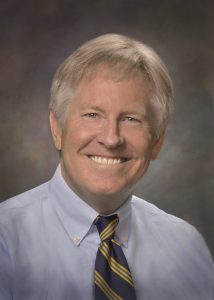 Mr. Poole is a valuable member of our board as licensed attorney of law practitioner with the firm Law Office of Gary Poole, in Chapel Hill, North Carolina, since 1995. He brings legal experience and guidance to B.U.D.'S. Foundation, advocating for motorcycle safety, as he generously shares his energy and insights with our organization. 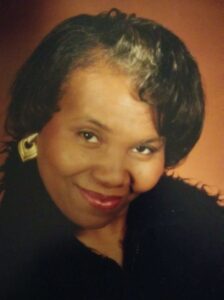 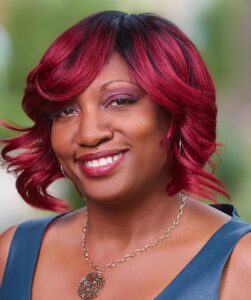 Ms. Rucker is a highly accomplished engineering professional and motorcycle rider and enthusiast having served as a B.U.D.'S. Foundation board member since 2019. She earned her Bachelor of Science degree in Telecommunications Engineering Technology, Master of Science in Network and Communications Management, and graduate certificate in Project Management. Ms. Rucker is the owner of SportBike Chic, LLC, a motorcycle apparel and accessories line for women, HUB certified, VOSB, WOSB, also performs the duties of a Motorcycle Safety Foundation Rider Coach and is a member of the Motorcycle Industry Council. We are honored to have her collaboration with B.U.D.'S. Foundation since 2017. 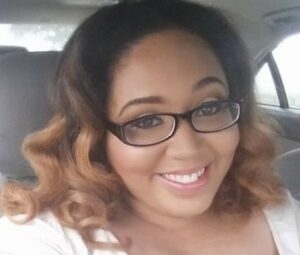 Roberta Draughn
Advisor to the Board

Roberta "Blaze" Draughn hails from Eastern NC, the 252 area to be exact & has been a force to reckon with on the set since 2011 when she first joined a social club. Much of her connections began with supporting motorcycle clubs, emceeing motorcycle & social club events & planning/hosting numerous charitable functions for clubs in the area. After a few years & various leadership roles within the social club, she decided to continue to pursue her passion for riding and joined an all-female motorcycle club in which she was a member of for close to four years. Blaze is currently an independent rider focusing on her goals of distance traveling on twos while educating, fellowshipping, uplifting, and encouraging other female riders near and far. Blaze has been a part of many events and initiatives that contribute to the motorcycle community as well as her surrounding communities such as: The BUDS Foundation (Bikers United to Defend Driving Safely), Breaking Bread- NC, All Female Ride- NC, feeding & providing clothing to the underprivileged, mentoring, educating & coaching troubled youth as well as a host of other charitable causes.

Advisor to the Board 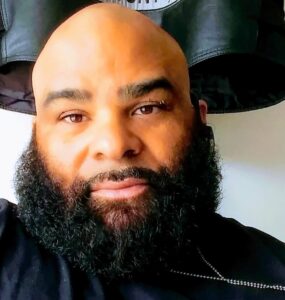 Mr. Alejandro Gonzalez, Advisor to the Board

Mr. Gonzalez is a retired US military veteran who enthusiastically has volunteered with B.U.D.'S. Foundation since 2015, and became a member of the board in 2019, serving to the current date. Formerly from New Jersey, he has found his way to the North Carolina community and is a valuable member of our team, supporting our various programs and events. 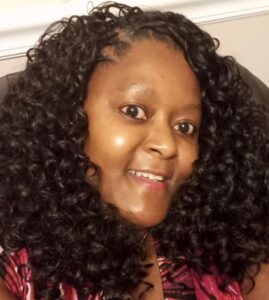 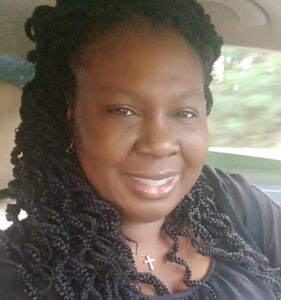 Ms. Frazier works in the medical field and is a single mother of 3 sons and a granddaughter. Ms. Frazier is very dedicated to her family and works extremely hard to provide her two youngest sons many opportunities to participate and observe in different activities. Ms. Frazier works tirelessly to make sure that B.U.D.'S has a presence within the community by representing at several events, workshops, and seminars. She has a passion for helping others and applies the same amount of energy to anything that she is involved in.